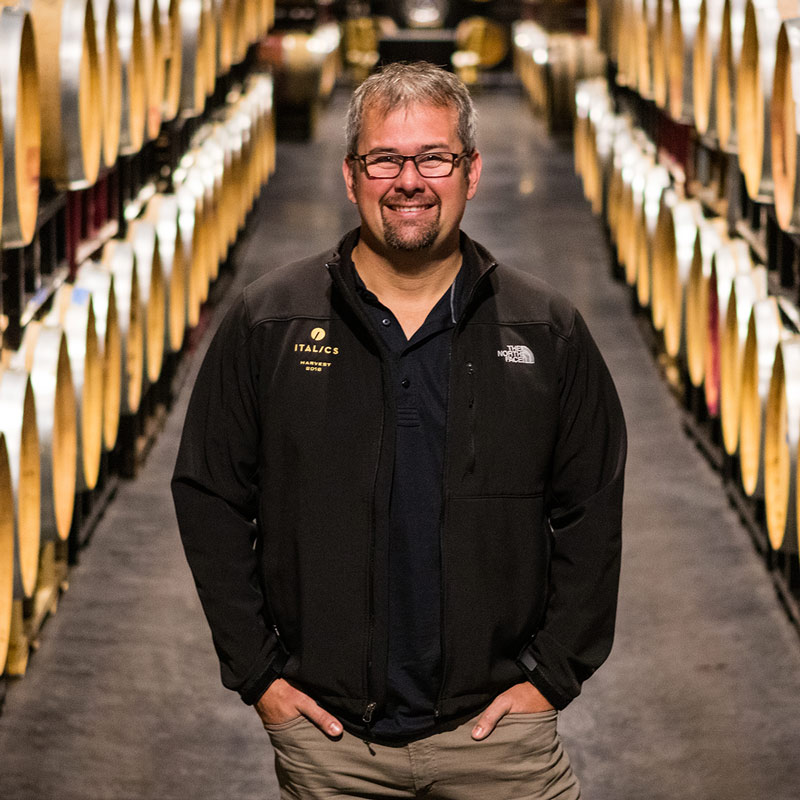 An alumnus of Texas A&M University, Taylor Martin left a career in national produce logistics management and relocated to the Napa Valley with his wife, Sara, to take on the role of Managing Partner for his family’s new business venture in Coombsville, Italics Winegrowers. Bringing with him a keen understanding of logistics, team management, farming and agriculture business practices, Taylor has been pivotal in the opening Italics Winegrowers. In addition to his role as Managing Partner, you can find Taylor on the road a few months a year, but when home he is usually hanging out in Coombsville with his wife and daughter, Aubrey. 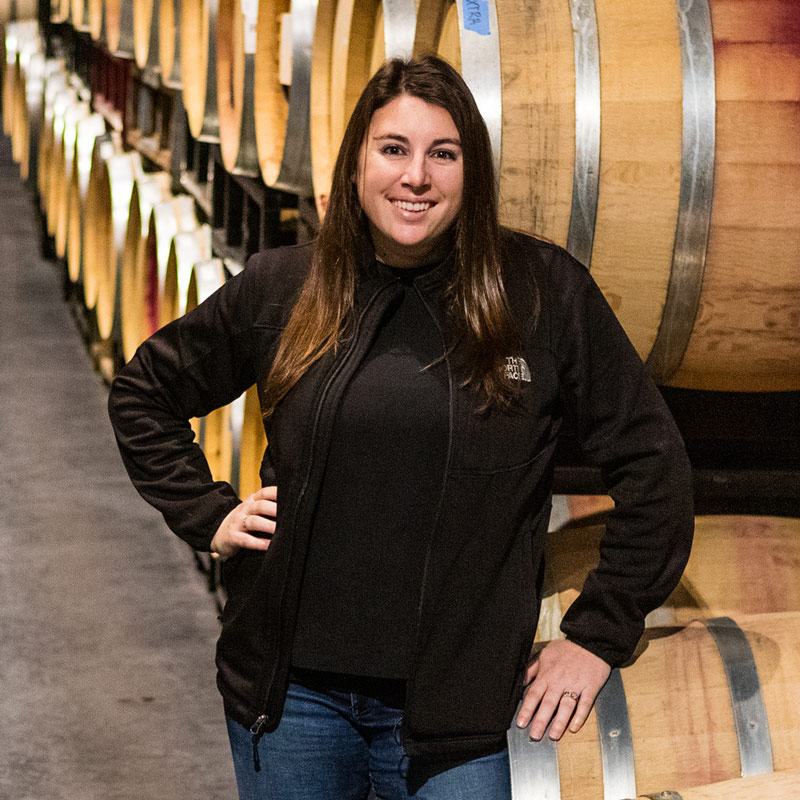 Sara is from Cary, North Carolina and attended Appalachian State University majoring in Healthcare Management. After meeting her husband, Taylor Martin, in Charlotte, NC they decided to move to Dallas so Taylor could pursue a position in global produce logistics. It was living in Dallas that they received the opportunity of a life time. Little did she know, that would lead her to Napa, California as the Director of Accounting and Administration where her attention to detail and organization have been instrumental in the launch of Italics Winegrowers. Sara and Taylor live the vineyard life with their daughter Aubrey and dog Gambit.

Ken Martin was born in Missouri, grew up on his family’s Dairy Farm, attended Southwest Baptist College, then later to Dallas Mortuary College. He became a funeral director and mortician in Fulton, Mo., where he met his future wife, Sue. An opportunity presented itself for Ken & Sue to move to South Texas and get into the citrus business, so they packed up their two young children and made the big move. In Texas, Ken managed all aspects of his small company and yielded 17 loads of citrus in the first year. Fast forward 40 years and he was running one of the largest and most successful produce farming and packaging companies in Texas, shipping citrus and onions all over the world. Ken was a pioneer of the famous Ruby Red Grapefruit. As his company grew, Ken and the Martin family never forgot their roots and passion for farming- something that has translated well into the wine business. Italics is a project that truly highlights Ken’s passion for agriculture and keen eye for cutting edge farming practices. Today Ken & Sue split their time between Texas and California, with Ken’s passion for farming and production still burning bright. 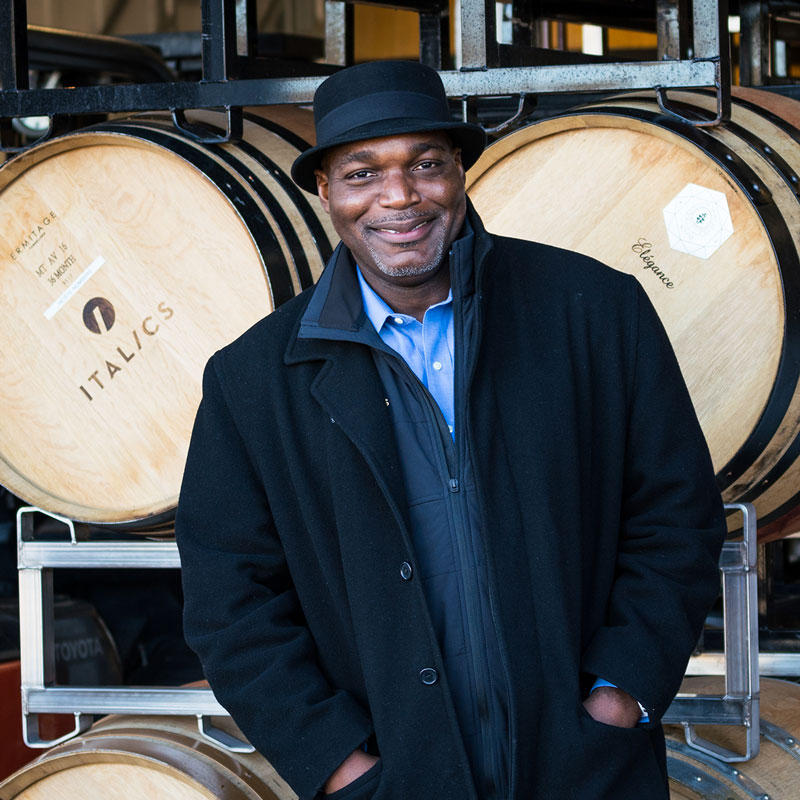 After starting a pre-med program at UC Davis, shifting directions and taking a winemaking internship, Marbue received his degrees and began his winemaking journey. Bringing with him experience from an impressive selection of Napa and Sonoma’s famed wineries - J Winery, Cosentino, Benzinger, and industry giant, EJ Gallo, Marbue was named Bonfort’s 2018 U.S. Winemaker of the Year for his modestly sized but impressive portfolio of hand-crafted boutique wines. If you ask him, the culmination of these experiences together lead him right where he was meant to be: crafting small lot, ultra-premium wine. He brings an extensive knowledge of Coombsville’ s unique terroir and a track record of producing a beautiful and a well-balanced portfolio of wines.

Natalie is a graduate of Saint Mary’s College of California, 14-year wine industry veteran and Director of Operations for Italics Winegrowers. Starting out as a ‘Girl Friday’ at [the then little known] Alpha Omega she moved on to assist in the opening of Dario Sattui’s Castello di Amorosa before taking on the role of General Manager at Reynolds Family Winery and finding her way to be one of the original team members and very hands on in the opening of Italics Winegrowers. In addition to her role as Director of Operations, you can find Natalie on the road a few months a year, but when home she is usually hanging out with her boyfriend Mark in their hometown of Benicia.

John brings nearly 12 years of wine industry experience after graduating with a B.A. degree in Hospitality Business. With three years in restaurant service, wine list management, wine education followed by nine years dedicated to Hospitality and Business development in both the Napa and Sonoma. Working with small startups, larger wine corporations, classic household brands and new producers, John brings a unique eye for brand management to the table. Relocating to St. Louis, Missouri in early 2019 John will be taking on the bulk of the National Sales duties for Italics Winegrowers. When home, you’ll usually find John in the kitchen or in-front of the television, he is self-described as a foodie, avid sports enthusiast and movie buff.

Jeff brings nearly two decades of stellar hospitality experience to Italics team. After spending 14 years in fine dining at some of the hottest restaurants in Nashville, Miami and Sacramento, Jeff’s passion for wine brought him to Napa Valley in 2015. It was in the Napa Valley that Jeff polished his wine knowledge and has helped build hospitality dream teams. In addition to his role as Director of Hospitality for Italics Winegrowers you can find Jeff on the road a few weeks a year hosting wine dinners, in home or curated tasting events. When home he enjoys golfing, playing nearly any sport, cracking jokes in the caves, or entertaining friends with his wife Courtney and their dog Amadeus. 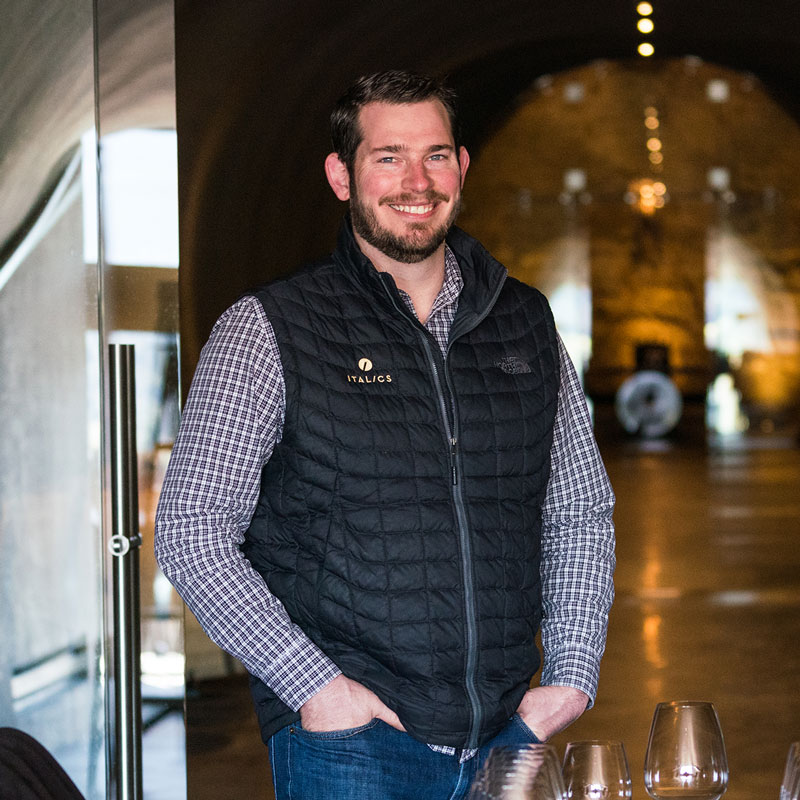 David was introduced to wine while working in restaurants throughout college. The complex relationship between grapevines and their growing conditions influenced David to pursue a degree in Geology at Appalachian State University in North Carolina. After college David worked for his family company before taking a job at a wine store in Raleigh, where he would grow to manage the fine wine department and teach wine classes. In 2018 David took a leap of faith and relocated to join the Italics team, moved across country with his wife and they now live in Napa with their 2 dogs. When he doesn’t have a glass in his hand, David is an avid Braves baseball fan and enjoys sneaking up to Tahoe with his snowboard in the winter. 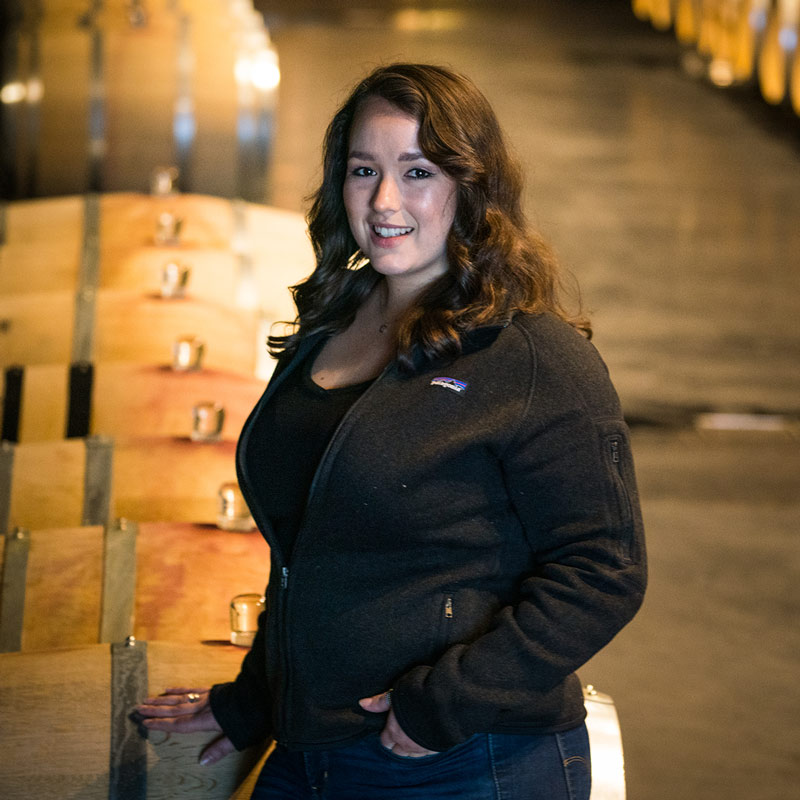 Tori joins us from the East Coast, born and raised in Westport, Connecticut. She studied Hospitality Business and Italian Language at both Michigan State University and the University of South Florida. On her first vacation to California, she was hired and started her career in wine. She furthered her education by earning a Wine Marketing & Sales Certificate from Napa Valley College. The next phase of her wine journey brought her to Italics Winegrowers, starting off as an administrative role and then taking on more responsibility as VIP Client and Operations Manager. Her appreciation for fine food, traveling, art and loving her rabbit, Olive, keep her busy when she isn’t working.

Our only Napa native on the roster, Jennifer has watched the Napa we know today transform from a small town into a globally sought-out tourist destination. Bringing with her over 15 years’ experience on the administrative side of the business, she brings an extensive background and proven success in project management, logistics management, and customer service to the Operations Team. When she is not at Italics she can be found at the baseball field, a country concert, or on an outdoor adventure with her twin boys.

Growing up in Michoacan and same to the US in 1999. He began his journey working in the vineyards of Napa before joining a Coombsville winery in the nursery business. He then transitioned to working harvest in 2003. This was coincidentally the same year he married Hilda, a member of our cellar team, and are raising their two boys together. On the side, the couple opened their own winery which began Rudy’s introduction to cellar work. He learned his skill’s form some of Napa’s most renowned winemakers. His expertise helped him rise to be named Cellar Master in 2015. We are please to have such a skilled Cellar Master at Italics Winegrowers.

Arturo is arguably one of the most diverse individuals you will meet around our property. Arturo left home in Indaparapeo, Michoacan, Mexico when he was 17 with the intention of traveling the world but got caught up in every child’s dream of being a professional athlete. While semi-professional soccer did not prove to be the long-term path that would become Arturo’s story, he still plays locally in a variety of leagues. In 1987 Arturo followed his father, who had relocated to Napa just after the famed Judgement of Paris, and began his own career in the up and coming growing region. For over 30 years Arturo has built a name for himself in not only the vineyards but in winemaking as well. Working for some of the blue bloods in the Valley, Arturo started in the vineyards at Luna and worked his way up to Assistant Winemaker, then on to S. Anderson [now Clif Lede], Reynolds Family Winery and in 2016 launched his very own Vineyard Management Company and the rest is history. Today Irucuta Vineyard Farming manages close to 100 acres in the Napa Valley.

Hugo began his career in agriculture and farming when he was 8 years old working alongside his grandfather in Indaparapeo, Michoacan, Mexico. It was here that he learned the art of managing the different needs of varying plants. When he turned 14, he learned to drive a tractor and, well, there was no looking back. Hugo came to the USA in 2003 and took a job at the famed CA Wine Company and got his feet wet in vineyard work; he was hooked. He went on to work at Reverie where he helped in the winery and maintained the vineyard, then Beckstoffer, and finally he landed at Italics Winegrowers in 2014. Hugo brings with him a passion for vineyards and, thankfully, dogs. You have probably seen our vineyard dog, Gambit, in the tractor with or following closely behind his best friend Hugo!